BALTIMORE, MD (October 26, 2021) — Maryland businessman Stewart Bainum, Jr. and his family, today announced the founding of The Venetoulis Institute for Local Journalism, a Baltimore based nonprofit organization. The Institute is preparing to launch The Baltimore Banner, a new digital news enterprise serving Baltimore’s diverse communities. The Banner is expected to launch next year with nearly 50 journalists to bring high-quality journalism to the Baltimore region.

The Institute, which was founded with strategic support from the Lenfest Institute for Journalism, is named in honor of former Baltimore County Executive Theodore “Ted” G. Venetoulis. A statesman, community leader and business executive, Venetoulis was committed to saving local news through nonprofit ownership and led the fight to save the Baltimore Sun from being acquired by an out-of-state hedge fund. The Institute will establish a more sustainable model for locally owned, nonprofit news. The Institute’s mission is to expand local news coverage in the Baltimore region and become an indispensable resource that strengthens, unites, and inspires the Baltimore community through unbiased, quality journalism.

“Since the beginning, we’ve been focused on bringing unbiased, locally owned news to the Baltimore community to hold our leaders accountable and report on the varied stories of our region and our times,” said Stewart Bainum, Jr., Chairman of The Venetoulis Institute.

“The talented team Stewart is assembling reflects his deep commitment to Baltimore, and I’m looking forward to reading their work— and seeing the positive impact they will have on the life of the city,” said Michael R. Bloomberg.

The Institute has appointed Chief Executive Officer, Imtiaz Patel to build the infrastructure necessary to accommodate a growing digital newsroom in Baltimore’s Downtown Business District and lead business operations. Patel is a former executive with Dow Jones and The Wall Street Journal where he led circulation strategy during a time of rapid growth in digital subscriptions and served as general manager of key business verticals. Most recently, Patel advised several news organizations on their digital growth and transformation, including The Philadelphia Inquirer, Gannett and USA Today.

Kimi Yoshino has been named Editor-in-Chief and will run all news coverage and content for The Baltimore Banner. Yoshino joins the Institute from the Los Angeles Times, where she has worked for 21 years, first as a reporter and later in several leadership positions across the newsroom, including most recently as Managing Editor. During her time there, Yoshino also served as Business Editor where she oversaw #MeToo investigative stories and helped lead coverage of corruption in the city of Bell—which was awarded the Pulitzer Prize gold medal for public service. Prior to joining The Times, she was a reporter at two California local newspapers, The Fresno Bee and The Stockton Record.

“We are pleased to have Imtiaz and Kimi lead our team at The Venetoulis Institute and The Baltimore Banner. Their collective experience and expertise will be instrumental in building a diverse newsroom capable of reporting daily news, investigative journalism, and lifestyle and sports content that Baltimoreans care deeply about,” stated Bainum. “Our success will be measured by the quality of our journalism, the service that we provide to the community, and the partners and subscribers willing to support local news.”

“Our goal is to become the leading provider of local news and lifestyle content in the region, spanning multiple media platforms,” said Patel. “For The Venetoulis Institute to be successful, it will take partnerships and support from likeminded organizations and the public. We look forward to delivering local news that the public values and our readers are willing to support.”

“I am excited to return to my roots in local journalism,” said Yoshino. “It is critically important to Baltimore — and to cities around the country — that we develop a successful model for sustainable local news. With Stewart’s commitment, I believe we have a shot at figuring this out. I can’t wait to start building this newsroom.”

To become a self-sustaining nonprofit enterprise over time, The Institute and its flagship digital publication, The Baltimore Banner, will grow support from paying subscribers and donations, both individual and institutional. All contributions will be tax deductible.

“We are excited to serve as a supporter and strategic resource as The Baltimore Banner and The Venetoulis Institute bring sustainable, community-supported public-service journalism to the Baltimore region,” said Jim Friedlich, Chief Executive of The Lenfest Institute for Journalism. The Lenfest Institute has served as an advisor to Stewart and his team since November of last year and as a model for the creation of The Venetoulis Institute.

The Venetoulis Institute is currently hiring for both newsroom and business positions. To learn more about The Institute’s open positions, visit www.venetoulisinstitute.org.

About The Venetoulis Institute: A nonprofit local news organization dedicated to strengthening, uniting, and inspiring the greater Baltimore community.

Sign up for our newsletter to receive the latest updates about our mission delivered straight to your inbox. You will be the first to know about our products!

Do you have suggestions for how we can better serve the local community? Do you have ideas for a product name? This is your community, so we would love your input! Send us a note at 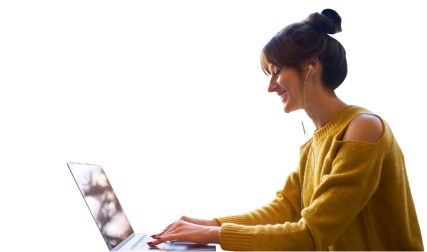 Sign up to receive the latest updates about our mission.

Do you have suggestions for how we can better serve the local community? This is your community, so we would love your input send us a note at